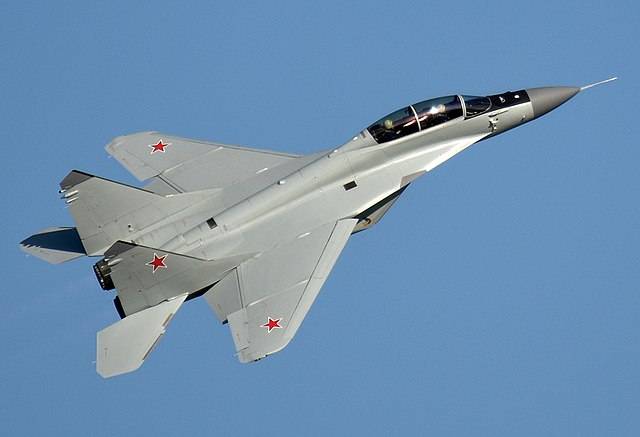 MIG-33 (MIG-29 product “9-15”) is the advanced variant of MIG-29, with the task to make multirole aircraft from the baseline plane. NATO reporting code is “Fulcrum-E”. Though the MIG-29 appeared impressive when it was first seen in Finland on 2 July 1986, it was then already a ten-year-old design. Previously, the MiG-29 had been seen only in drawings in the West. New MIG-29M or MIG-33 how is designated in the first place. Nine years later Mikoyan team flew the first prototype of the second updated version, which is a much greater advance than the MiG-29S. The airframe is redesigned, mechanical flight controls are replaced by a fly-by-wire system, glass’ cockpit, and powered by enhanced RD-33 ser.3M engines. This development resulted in a single-seat MIG-29M and a two-seat variant MiG-29MRCA. 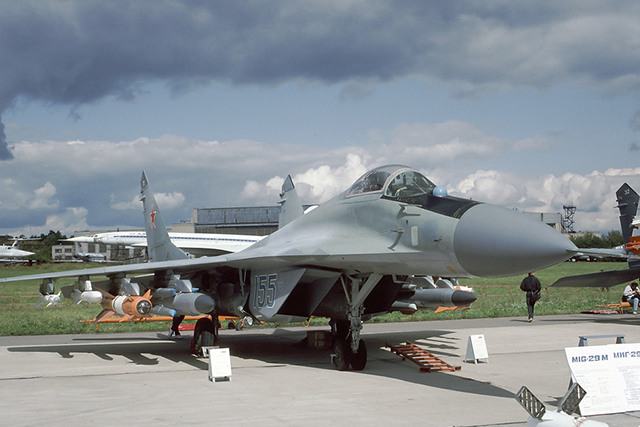 MIG-33 (MIG-29) radar is the Eazotron N010 Zhuk (beetle). In the air/air mode it offers the capability of simultaneously engaging four targets out often being tracked. It can illuminate targets for semi-active missiles, and also has a gunfire mode. It can provide target designation for the surface attack, terrain-following or avoidance, synthetic ground mapping, and various forms of position fixing. The REEK computer has a processing speed four times faster than that of the old MIG-29 radar N019M. The HUD-sight has a larger field of view. The SUV fire-control system is completed by the HMS (helmet-mounted sight), data processing speed is also multiplied by four.

Each wing is equipped for four pylons, compared with two in the MiG-29 and three in the MiG-29S. Ignoring the centreline tank, the underwing weapon load is increased to 4,500kg (9,921 lb), including the full range of Kh-25, Kh-29, and Kh-31 surface-attack missiles. More than half the items in the complete avionics suite are new or upgraded. The active jammer is Gardeniya-1.

Six of these models were built before 1990. They were constantly upgraded with various components and one received experimental vector thrust engines which eventually became the MiG-29OVT. The model was again renamed as MiG-29M. 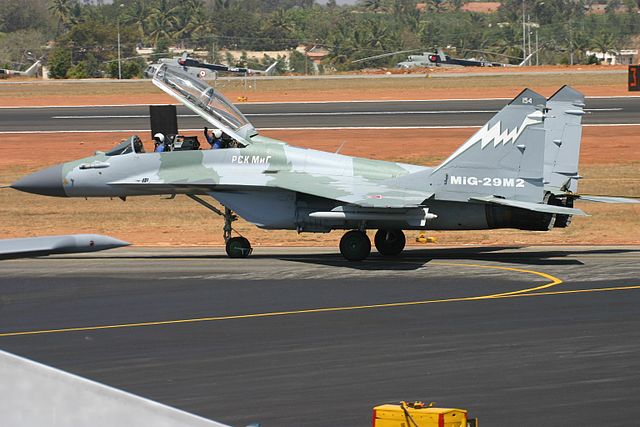 One of the six pre-built MiG-29Ms before the collapse of the Soviet Union later received a thrust-vectoring engine and fly-by-wire technology. It served as a thrust-vectoring engine testbed and technology demonstrator in various air shows to show future improvement in the MiG-29M. The only difference in the cockpit layout is an additional switch to turn on the vector thrust function. The MiG-29 OVT is powered by a newly two RD-133 thrust-vectoring engine that offers an advanced level of maneuverability. The new engine provides moving of the nozzles at the back of the plane in all directions, allowing advanced steering capability.
The aircraft uses the same airframe of the MiG-29M. The MIG-29OVT is more agile and has an increase in range to 1,329 miles (2,139 km) 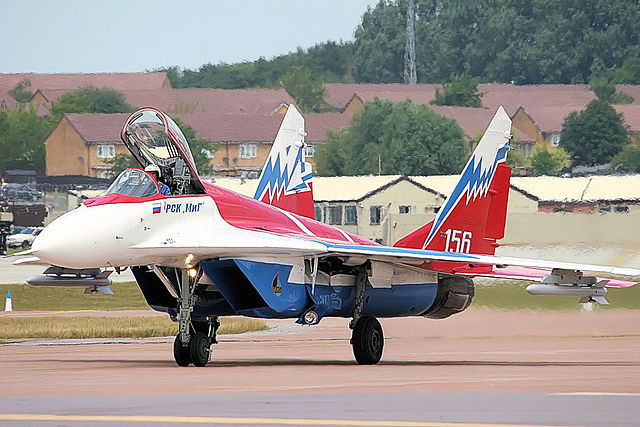 This is the export version of the MiG-29M. Traditionally it has been the practice for export versions of Soviet military aircraft to be downgraded in weapons and avionics, but a bad economic situation in the 1990s force OKB and MAPO-MiG in desperately need to find customers.

The Mikoyan OKB naturally decided to compete for this requirement, and quickly came to the conclusion that they could use the proven design of MIG-29M and develop a naval version of MIG-29M. This aircraft was designated MIG-29KVP. The new MiG-29KVP is fitted with a stronger undercarriage and a reinforced tail section with an arrestor hook.

Several hundred test flights were made from normal runways, from a dummy carrier deck at Saki in the Crimea, from a trampoline (ski jump) at Saki and from the Tbilisi. 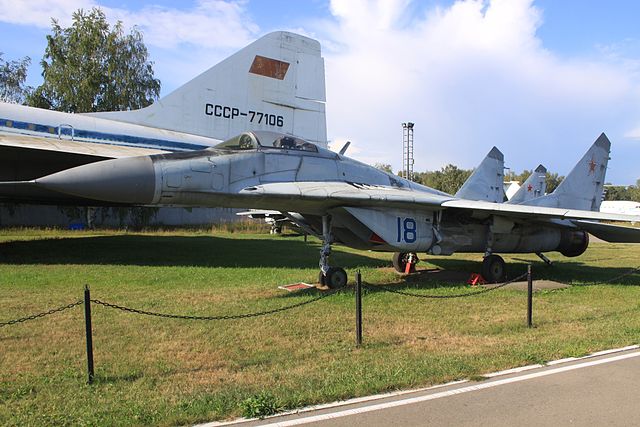 The detailed design of the carrier-based naval fighter began in 1985. It was based upon the 9-15, MiG-29M. The landing gear and hook are similar to those of the MiG-29KVP, with the addition of the nose leg of a vertical row of red/green/amber ‘traffic lights’. A spotlight illuminates the hook to make its absence obvious to the LSO at night. 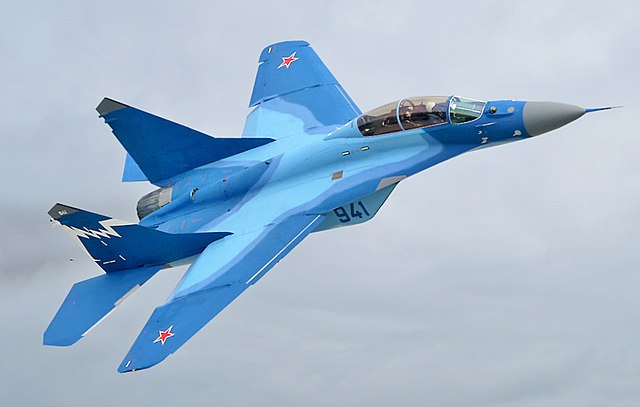 The development of the MiG-29K was terminated in 1993. In 1997, however, negotiations with India for the purchase of the carrier Admiral Gorshkov open project again. MAPO-MiG dusted off the entire MiG-29K program and MIG-29K become a major type for the Indian Navy.

Aircraft is needed to teach pilots to operate the MiG-29K from carrier decks. The solution was MIG-29KU, but the project is terminated in 1993. The possibility of adding a stronger landing gear and a hook to the MiG-29 UB was examined, but it was concluded that in a high-AOA carrier approach the instructor’s view would be inadequate. Accordingly, the MIG-29KUB (ship trainer) was projected, with the rear cockpit considerably raised. The first MiG-29KUB is developed for the Indian Navy. The first flight was at the Russian Zhukovsky aircraft test center on 22 January 2007. 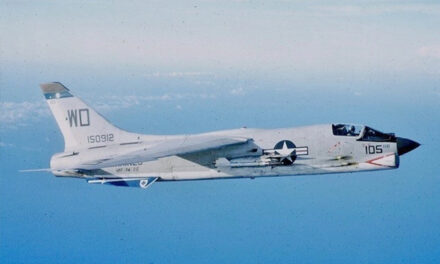 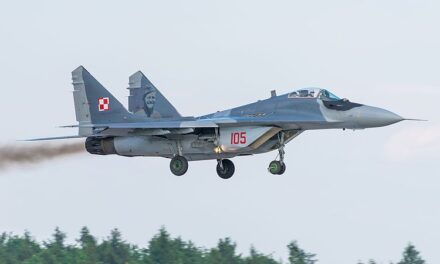